This article is a result of Valentina’s nomination by SIETAR UK who was one of the supporters of the 22nd Warwick International Conference in Applied Linguistics. SIETAR UK nominated two presentations from the Intercultural Communication track which are of most relevance to the UK practitioner community. The presenters were invited to publish their work as part of the SIETAR UK Blog. Valentina is one of the nominees. We would like to thank her for her contribution.

Being an Italian living in England, although I love this country and I feel very connected to it, I nevertheless often struggled, especially at the beginning, in fully finding my way in communicating with English people without sounding aggressive or rude.

Therefore, when I came across the concept of cultural filter proposed by Juliane House (2013), considered as a means for capturing socio-cultural differences existent between two cultural groups, in terms of communicative preferences, mentalities and values, I was extremely fascinated by it and became very interested in her research on the language pair of English-German. Particularly, House (1998) identified six cross-cultural dimensions (i.e. directness/indirectness; expliciteness/impliciteness; orientation toward self/others; orientation toward content/addressee; ad hoc formulations/routines) to explain the culturally-driven communicative differences existent between German and English speakers; and, interestingly, German appeared very similar to Italian, in comparison to English, in terms of such dichotomies, and particularly in terms of directness/explicitness. Thus, I decided to do my Master dissertation drawing on House’s research and findings, to investigate whether such dichotomies could apply to the Italian-English language pair as well, considering that none has done for this language pair what House has done for the German-English. Also, I decided to investigate, on an intercultural level, whether any cross-cultural differences between German and Italian communicative preferences reflected in the intercultural communication between the two, and particularly whether Italians transferred their L1 knowledge in L2 production in English, with what consequences (Selinker, 1972).

To achieve this, I conducted my research on discourse strategies (speech acts and gambits) used to perform requests, complaints and apologies, being the first two highly face-threatening acts (W. Edmondson, 1981) and the last one naturally linked with complaints and potentially with requests too. I also focused on identifying different ‘levels of directness’ (CCSARP, Blum-Kulka et al., 1989) and any episode of pragmatic transfer (Spencer-Oatey, 2008) and of intercultural misunderstanding/misinterpretation.

I chose a multi-method composed by roleplays, retrospective interviews and case studies and I used as method of analysis Edmondson and House’ (1981) pragmatic discourse analysis model.

Specifically, I conducted two sets of open roleplays, based on different types of scenario (e.g. restaurant and shop): cross-cultural roleplays between Italians on one side and English on the other, which showed that House’s dichotomies could apply to English-Italian language pair; intercultural roleplays between English and Italians, which showed that Italians, in the intercultural communication with English in English, tend to transfer they L1 knowledge into L2 production, which can have consequences in terms of intercultural misunderstandings, as it happened in two instances. To understand what had causes such clashes, I conducted individual retrospective interviews with the interested participants, which then became object of two case studies, given the very interesting outcomes. In fact, the analysis of both episodes showed that the misunderstandings were caused by the English participants’ interpretation of the Italians’ (para)linguistic behaviour according to their own cultural filter; i.e., they evaluated the Italians’ behaviour drawing on their culturally-driven communicative preferences, mentalities and values. Particularly interesting was the association made between directness/expliciteness and the use of gestures (typical Italian paralinguistic feature) and impoliteness/aggressiveness and disrespectfulness.

The outcomes of this research, although based on very limited amount of data, brought into light how is pivotal to develop pragmatic competence and awareness of how culture can influence communication and even more intercultural communication. Indeed, raising awareness of cross-cultural differences in communicative preferences can enable a better understanding of the other’s culture, which can impact positively on the intercultural interaction between the members of those different cultural groups and avoid negative evaluations, and even stereotyping. 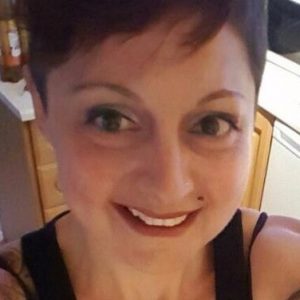 Valentina is a full time PhD student at the the University of Warwick’s Centre in Applied linguistics. She holds a fully funded EU Chancellor scholarship. Her research involves intercultural communication and historical and cultural politeness. Valentina also has a Master degree in TESOL and translation studies, and she has worked as a freelance interpreter.

“Disclaimer: The views and opinions expressed in articles on this site are those of the authors and do not necessarily reflect the official policy or position of SIETAR UK.“