How Harry Potter could have stopped Brexit 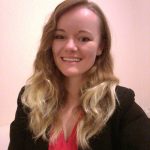 On 23 of June 2016, the British public voted to leave the European Union, and so a 46-year long partnership could soon be over.

Whether you voted for or against Brexit, voting behaviour showed that people living in highly multicultural areas like London (where Harry grew up) were less likely to support Brexit considering that it probably will mean less free movement of people. This observation opposes arguments by strong Brexit advocates like Nigel Farage that immigration is a threat to the country (note: not every Pro-Brexit voter is anti-immigration).

Prejudice and xenophobia are strongest in low-immigration areas
Amongst locals in areas with the lowest ratio of immigrants, prejudice and xenophobia are often the strongest. In Germany, for example, far right movements are on the rise – particularly in Eastern Germany where immigration ratios are comparably low. On the contrary, locals who live in culturally diverse areas are less prejudiced.

It’s all about exposure
According to Allport’s (1954) Intergroup Contact Hypothesis, if a British local has daily face-to-face contact with immigrants, that British local’s tolerance increases towards other cultural groups and reduces prejudice. Mere exposure really can do the trick (e.g. Zajonc, 1969), so living in a multicultural area is often all it takes to create more positive associations towards multiculturalism.

In our case, instead of humming, locals are becoming less scared and feel less threatened by other cultural groups, reported Pettigrew, Tropp, Wagner and Christ (2011) based on data from 250,000 people. In turn, they are more empathetic and able to consider other perspectives – a big theme throughout the Harry Potter series.

Making social connections
Living in multicultural areas may not be possible for all of us, but we don’t even have to go that far. Wright, Aron, McLaughlin-Volpe, and Ropp (1997) found that simply knowing that another British local has friends who migrated – rather than interacting or being exposed to them yourself – reduces your prejudice (see Vezzali, Hewstone, Capozza, Giovannini, & Wöelfer, 2014). This ‘passive intolerance’ is an extended effect of the Intergroup Contact Hypothesis and quite a reality in Britain (Christ et al., 2014).

Being friends with Harry Potter
If you’re at all struggling to find a friend, relative or co-worker with friends who immigrated, then try identifying with Harry Potter. In the book series, Harry befriends Hermine (considered a mud blood) and Hagrid (considered an outcast) who both are being discriminated in the wizarding world – but Harry appreciates them for who they are.

For Vezzali, Stathi, Giovannini, Capozza, Triﬁletti (2014) this is a new type of extended intergroup contact: they found that if you experienced this wizarding world through the eyes of Harry Potter, your attitude may have already improved towards immigrants.

By contrast, if you experienced the wizarding world through the eyes of Lord Voldemort – well, he is not really known for being the open-minded kind of guy.

So had we all read more Harry Potter – especially those who were eligible to vote – there may have been no Brexit after all. Only more muggle jokes.

Have you read Harry Potter yet?