Internationalising HE – Reflections for a new academic year

As Higher Education (HE) enters a new academic year and doors are thrown open for a new intake of overseas students, plans for the next academic year are already under discussion up and down the country. This presents us with an ideal time to reflect on the challenges that continue to make internationalisation increasingly difficult. 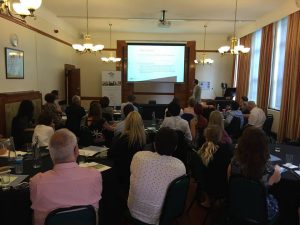 Integrating international students, the early and still unknown effects of Brexit and a continuing increase in competition from overseas Higher Education Institutions (HEIs) are among the biggest challenges facing HE in the UK today. These were some of the key findings from the Internationalising Higher Education Conference (IHEC16) held by SIETAR UK, in partnership with Regent’s University London earlier this summer.

Despite many years of hosting overseas students within our shores, successfully supporting their integration into both the university and wider society remains a huge challenge across many institutions. Whilst traditional ‘international orientation’ events and initiatives go some way to helping students settle in to life in the UK, it is all too easy for HEIs to create immediate divisions, albeit unintentionally, between students by shepherding them through segregated induction programmes, ill-judged accommodation allocations and discrepancies in the level of support provided by academic and non-academic departments.

During the conference it was quickly recognised that whilst HEIs provide an extensive range of support services available to overseas students, there can sometimes be shortfalls in the level of intercultural understanding and sensitivity of staff, particularly amongst academic staff, due to the professional demands on their very limited time. As Prof Mark Allinson, Head of Academic Practice at Regent’s University London highlights, “pressures on academics mean that they need help and training to gain heightened intercultural understanding and ability”. Many HEIs do of course offer relevant training to staff where possible, but more emphasis needs to be placed on ensuring that the level of support provided to both academic and non-academic staff is consistent and responsive to their professional demands.

A lack of understanding about the cultural differences and sensitivities that exist within the student body, particularly when it comes to communication, can have a hugely detrimental impact on the extent to which many students integrate with the on-campus and wider community. “There are assumptions that we all speak the same language” notes Prof Helen Spencer-Oatey from the Centre for Applied Linguistics at the University of Warwick, “but what we understand vasts greatly”. That said, it must also be recognised that some overseas and home students may not have either the desire or skills needed to be more receptive of others, and that all students have vastly different expectations and motivations on their experience of HE, meaning that their level of social and academic engagement differs. This in turn influences the extent of their integration with other people and the to the wider British culture which surrounds them. 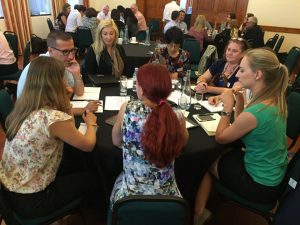 Not surprisingly, Brexit was another key theme discussed throughout the conference as Higher Education continues to suffer from post-Brexit anxiety. Since the UK voted to leave the European Union on 23rd June 2016, there has been huge uncertainty about the potential effects on HE in the UK. Whilst some experts have estimated that not much will change in regards to policies for overseas students for the next two years, the impact on HE is already being felt, with early indications of European partners pulling out of collaborative EU funding bids and British academics being asked to leave EU funded projects. Other potential effects could be increased tuition fees for EU students, possible restriction or cancellation of Erasmus student mobility programmes and changes in visa regulations for both students and staff.

Indeed, just as students were settling into University life at the start of the new academic year, on 4th October 2016 new regulations on overseas students were being announced at the Conservative Party Conference. Amber Rudd, the new Home Secretary, detailed new restrictions on overseas students, new two-tier visa rules which will affect poorer performing universities and courses, new rules on work visas and the introduction of a £140m “controlling migration fund”. Just a week later on 11th October 2016, Jo Johnson (the Universities Minister) did offer some positive news by announcing that EU students applying for a place to study at English universities from 2017-18 will be eligible for grants and loans for the duration of their degree, but it only offers light relief at this very uncertain time.

Should these effects occur, one of the biggest impacts on HE in the UK could be a reduction in the ability to recruit EU students and staff. Whilst the UK is still the second biggest destination for those wishing to pursue HE overseas (second only to the USA), early indicators suggest that 2016-2017 will see the second successive year of decline in the number of new overseas enrolments, largely due to increased competition overseas, the raising of the tuition fee cap, tighter visa regulations and the continuing growth in accessibility of Transnational Education (TNE) throughout Europe and beyond. However, this presents UK HE with an opportunity. As Dr Fabrizio Trifiro, Manager International at the QAA notes, “over 80% of UK universities are already involved in some form of TNE delivered all over the world and the popularity of UK HE is a sign of its reputation for quality”, meaning that we could see a further extension in provision of UK TNE in the years to come. 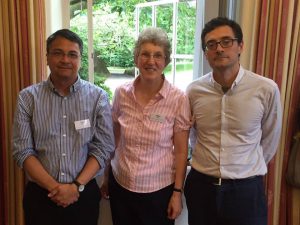 So as plans are discussed and implemented over the coming months for the next academic year, it is essential for these challenges to be considered so that UK HE can be better prepared to meet these challenges and those that we will face in the future. Internationalisation is so much more than the recruitment of overseas students. As Dr William Mitchell, Director of International Development at the University of Bradford reflects, “internationalisation is not just international student recruitment or franchising of programmes – it means becoming internationally involved and internationally visible – it is something much richer”. Let’s make sure that UK HE is up to this challenge. 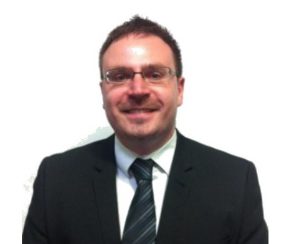 Back to the blog overview >