Multiculturalism – is it dead? 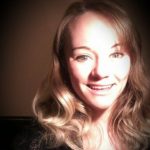 With Brexit supporters asking for migration reduction and hate crimes reaching a peak of 41% after the Brexit referendum in July 2016 (1), we will discuss the question at the upcoming SIETAR UK event: Is multiculturalism dead?

However, these concepts are not clearly distinct from each other and often vary even within an individual. For example, I can be a British national with an Asian British ethnicity who strongly endorses individualism which is also strongly endorsed by North Americans (5).

Specifically, culture has been defined in multiple different ways mostly concerning the question of the degree of sharedness and influence – that is, does culture determine people or people determine culture (6).

Social and cross-cultural psychologist use:

…to assess cultural differences between people and groups. Yet depending on what value, belief or norm you use as an indicator leads to a different categorization of who is ‘them’ and who is ‘us’.

There is also no standard definition of ethnicity within the social sciences nor across national surveys (e.g., Censuses). Instead, it is often mixed with nationality, religion and race (11; 12). For example, ethnicity can be defined as the culture, religion, geography, language, and practices shared by individuals connected by loyalty and kinship (13). Thus, one’s ethnic identity can be seen as either a fixed category with one’s kin or as a socially constructed category that can change.

For example, in the USA, being ‘Hispanic’ is regarded as an ethnic category largely based on its members shared language (Spanish; 14). Yet on this basis people from Spain would also be considered to hold a Hispanic ethnicity.

What is nationality?
According to the Cambridge Dictionary (15), nationality can be understood as “the official right to belong to a particular country”. This ‘right’ can be achieved in the UK by either being born in the country or through naturalization (16). But national borders can change, and thus, who is considered part of such a political entity.

For example, if the last (and next) Scottish referendum in 2014 had been a success, the ‘right’ of being a British national would have changed for both Scots as well as English and Welsh people. More broadly speaking, ever since homo sapiens spread out from its original African base 100,000 years ago, human groups have been merging and splitting and therefore people’s belongingness to a specific geographical region was always in a state of flux (17).

In conclusion…
Multiculturalism as an empirical phenomenon has always been alive in coherence with human existence, is currently alive around the world and will always be alive as culture, ethnicity and nationality does not only vary between groups but can also vary and change within the individual.  These perspectives and other indicators as well as how SIETAR UK and its members can foster multiculturalism will be our focus.

In particular, some of the big questions we want to tackle include:

Take part in SIETAR UK’s panel debate ‘Is multiculturalism dead?’ on 27 March 2017 at King’s College, the Strand,  in London.