On 4th September 2020 over 250 people that have suffered experiences of racism came together to discuss the term #BAME (Black, Asian, and Minority Ethnic). According to them, this term fails to represent them and many others who experience racism in the UK (A for an inclusive arts workforce, 2020). For this reason, they came out with the hashtag #BAMEOver to state that they do not want to be identified with this term.

The truth is this acronym has its roots in the 1970s’ idea of “political blackness” (Sandhu, 2018). The reason why the blackness came before the other identifying tags was that, after the war, the first migratory groups came to the UK from Africa and the Caribbean, hence black became a synonym for ethnic minorities. When people started coming from Asia, they were included in the “black” tag (Harker, 2015). After some years, the people of Asian origin started raising their voice on the topic, and that’s how BAME came into place (ibid.). In its origin, the term was supposed to invite other minority groups into the anti-racist conversations.

Today the term is used by the government, the media, public bodies, and many others private and public organisations and institutions in the UK to measure visual diversity in these spheres. According to Diversity in Tech (n.d.), the use of BAME has brought some positive change and improvement within diversity and inclusion, and it has given a platform for minority voices to be heard and seen. Nevertheless, there are many people who believe the term does more harm than good. In the following paragraphs we will discuss some of the issues that arise with the use of BAME.

Among the many issues that arise when discussing the term, we can find one in the very words the acronym stems from. If we dissect BAME, we find race and ethnicity lumped together. This poses several problems. First of all, it is important to highlight that race and ethnicity are not synonyms. While it is true that they are both social constructs used to categorise seemingly distinct populations, race is usually linked with physical characteristics, and ethnicity is associated with cultural identification and background (Blakemore, 2019). Thus, although BAME is meant to label non-white people, when we talk about the second half of the term, Minority Ethnic, we could also include white ethnic minorities in the UK such as people of Jewish heritage, Irish or Romany people. Therefore, the acronym poses much ambiguity in regards to who falls and who does not fall under BAME.

Another issue that arises from the use of BAME resides in its labelling use. While the term is aimed at increasing diversity and include various minority ethnic groups, it fails to do this and instead otherises these people just as much as other similar terms such as “people of colour” do. For example, in job adverts in the UK one can often see a phrase around the lines of: “As we are committed to the principles of the Race Equality Charter Mark, we would particularly welcome applications from the Black, Asian and Minority Ethnic (BAME) community who are currently under-represented in our organisation”. Thus, we see here a perfect example of otherisation through the lumping together of seemingly different groups (Blacks, Asians, Ethnic Minorities, plus all of those who fall under more than one of these categories, and throughout different racial ones unidentified by this label) into one single “community” that opposes the norm: the White community.

In addition to this, we find that the lumping of all of these people with differing experiences of racism into one single group prevents us from properly tackling the issues they each face. For example, it is necessary for us to understand that, within minority ethnic groups, Black people face far higher unemployment than any other (GOV.UK, 2020). Moreover, it is also noteworthy to mention that the population of South Asian heritage alone outnumbers that of Black heritage in the UK, and the later one outnumbers other ethnic minority groups (CIA, 2019). Even within these seemingly homogeneous communities there are disparities. For example, people of African origin tend to outperform Caribbeans and, within the “Asian” label, those of Indian and Chinese heritage perform better than those of Pakistani origin in many areas (Harker, 2015). Hence, it is important to bear in mind that each minority group in the UK presents different characteristics and experiences different realities, therefore grouping them together only invisibilises these differences.

We have mentioned several problems that come with the use of BAME in relation to its origin, as well as the influence that it has to otherise and invisibilise people. But perhaps the biggest issue involving the term is the fact that those who would fall under BAME do not actually want to be labelled as such. We have talked about the recent movement of #BAMEOver, and there are many others who have spoken about their position against the term in the past (Okolosie et al., 2015; Barrett, 2018; Kalayil, 2018; Bunglawala, 2019; Fakim and Macaulay, 2020). It is high time we listened to them. These are ethnically and culturally diverse people, complex individuals whose main commonality is that of experiencing racism. Hence why an acronym becomes insufficient. Like the organisers of the #BAMEOver movement state:

The difference between saying ‘BAME’ and ‘people of South Asian heritage’ or ‘people who experience racism’ is approximately 2 seconds.

2 seconds is not too much time to devote to taking positive anti-racist action on a daily basis. Remaining actively conscious of the language we use is a powerful act of allyship. 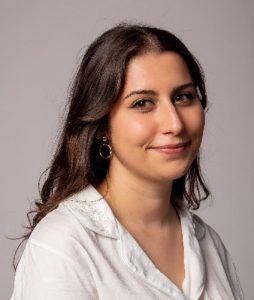 Right now, María is working as an intercultural training assistant for intercultures Spain, and she is also part of the communications team at Young SIETAR.

María has living and working experience in Spain and the UK, and she is currently based in Manchester. Living in one of the most multicultural cities in Europe, she has developed close relationships with people from all over the world and has learned a great deal about how to manage successful intercultural interactions. She is fluent in Spanish and English, and has an intermediate level of French and Mandarin.

You can connect with María via her LinkedIn profile.